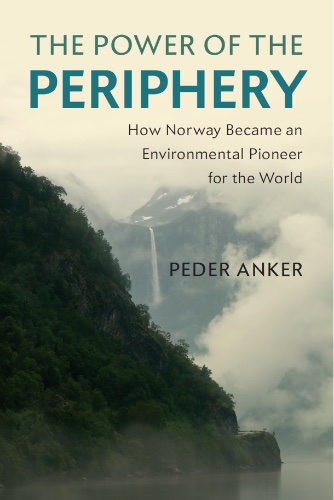 Peder Anker, Professor of History of Science at New York University (USA), will present his book The Power of the Periphery: How Norway Became an Environmental Pioneer for the World (Cambridge UP, 2020) in the Greenhouse book talk series on November 2nd, 18:00 Central European time.

What is the source of Norway’s culture of environmental harmony in our troubled world? Exploring the role of Norwegian scholar-activists of the late twentieth century, Peder Anker examines how they portrayed their country as a place of environmental stability in a world filled with tension. In contrast with societies dirtied by the hot and cold wars of the twentieth century, Norway’s power, they argued, lay in the pristine, ideal natural environment of the periphery. Globally, a beautiful Norway came to be contrasted with a polluted world and fashioned as an ecological microcosm for the creation of a better global macrocosm. In this innovative, interdisciplinary history, Anker explores the ways in which ecological concerns were imported via Rachel Carson’s Silent Spring in 1962, then to be exported from Norway back to the world at the Earth Summit in Rio de Janeiro in 1992.