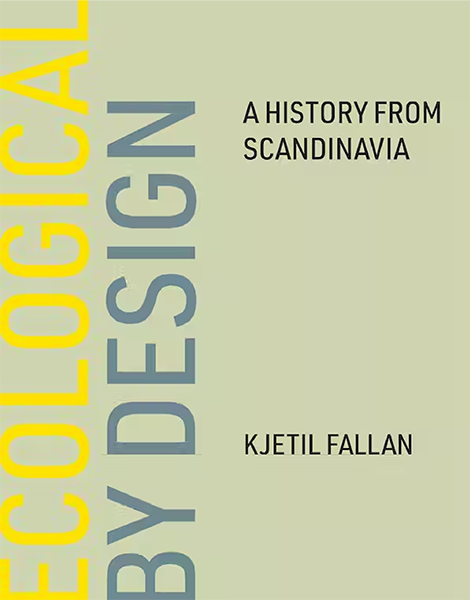 Kjetil Fallan, Professor of Design History at University of Oslo (Norway), discussed his book Ecological by Design: A History from Scandinavia (The MIT Press, 2022) in the Greenhouse environmental humanities book talk series on Monday, 7 November 2022, at 16:00 in Norway.

Scandinavia is famous for its design culture, and for its pioneering efforts toward a sustainable future. In Ecological by Design, Kjetil Fallan shows how these two forces came together in the late 1960s and early 1970s, when Scandinavian designers began to question the endless cycle in which designed objects are produced, consumed, discarded, and replaced in quick succession. The emergence of ecological design in Scandinavia at the height of the popular environmental movement, Fallan suggests, illuminates a little-known reciprocity between environmentalism and design: not only did design play a role in the rise of modern environmentalism, but ecological thinking influenced the transformation in design culture in Scandinavia and beyond that began as the modernist faith in progress and prosperity waned.

Fallan describes the efforts of Scandinavian designers to forge an environmental ethics in a commercial design culture sustained by consumption; shows, by recounting a quest for sustainability through Norwegian wood(s), that one of the main characteristics of ecological design is attention to both the local and the global; and explores the emergence of a respectful and sustainable paradigm for international development. Case studies trace key connections to continental Europe, Britain, the US, Central America, and East Africa.