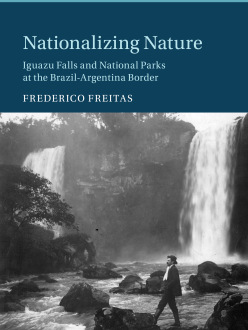 Today, one-quarter of all the land in Latin America is set apart for nature protection. In Nationalizing Nature, Frederico Freitas uncovers the crucial role played by conservation in the region’s territorial development by exploring how Brazil and Argentina used national parks to nationalize borderlands. In the 1930s, Brazil and Argentina created some of their first national parks around the massive Iguazu Falls, shared by the two countries. The parks were designed as tools to attract migrants from their densely populated Atlantic seaboards to a sparsely inhabited borderland. In the 1970s, a change in paradigm led the military regimes in Brazil and Argentina to violently evict settlers from their national parks, highlighting the complicated relationship between authoritarianism and conservation in the Southern Cone. By tracking almost one hundred years of national park history in Latin America’s largest countries, Nationalizing Nature shows how conservation policy promoted national programs of frontier development and border control.