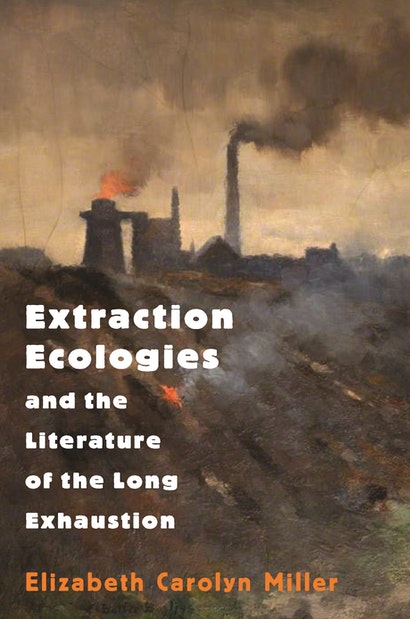 The 1830s to the 1930s saw the rise of large-scale industrial mining in the British imperial world. Elizabeth Carolyn Miller examines how literature of this era reckoned with a new vision of civilization where humans are dependent on finite, nonrenewable stores of earthly resources, and traces how the threatening horizon of resource exhaustion worked its way into narrative form.

Britain was the first nation to transition to industry based on fossil fuels, which put its novelists and other writers in the remarkable position of mediating the emergence of extraction-based life. Miller looks at works like Hard Times, The Mill on the Floss, and Sons and Lovers, showing how the provincial realist novel’s longstanding reliance on marriage and inheritance plots transforms against the backdrop of exhaustion to withhold the promise of reproductive futurity. She explores how adventure stories like Treasure Island and Heart of Darkness reorient fictional space toward the resource frontier. And she shows how utopian and fantasy works like “Sultana’s Dream,” The Time Machine, and The Hobbit offer imaginative ways of envisioning energy beyond extractivism.

This illuminating book reveals how an era marked by violent mineral resource rushes gave rise to literary forms and genres that extend extractivism as a mode of environmental understanding.