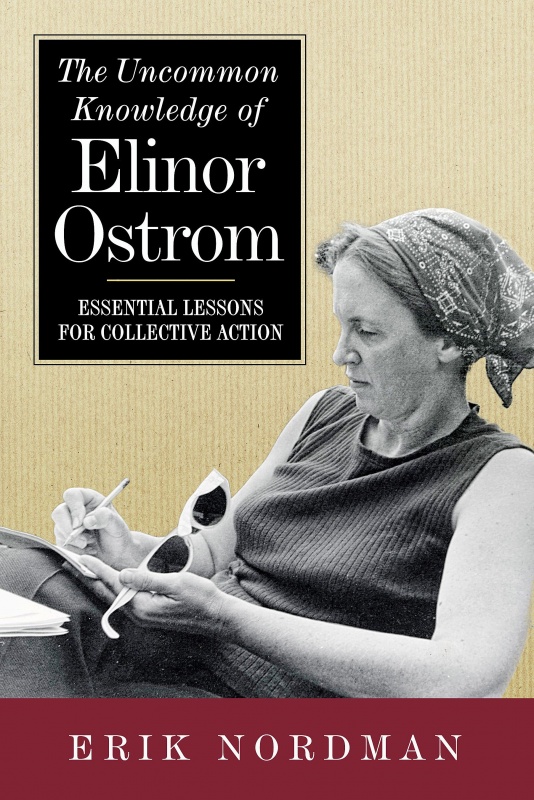 In the 1970s, the accepted environmental thinking was that overpopulation was destroying the earth. Prominent economists and environmentalists agreed that the only way to stem the tide was to impose restrictions on how we used resources, such as land, water, and fish, from either the free market or the government. This notion was upended by Elinor Ostrom, whose work to show that regular people could sustainably manage their community resources eventually won her the Nobel Prize. Ostrom’s revolutionary proposition fundamentally changed the way we think about environmental governance.

In The Uncommon Knowledge of Elinor Ostrom, author Erik Nordman brings to life Ostrom’s brilliant mind. Half a century ago, she was rejected from doctoral programs because she was a woman; in 2009, she became the first woman to win the Nobel Prize in Economics. Her research challenged the long-held dogma championed by Garrett Hardin in his famous 1968 essay, “The Tragedy of the Commons,” which argued that only market forces or government regulation can prevent the degradation of common pool resources. The concept of the “Tragedy of the Commons” was built on scarcity and the assumption that individuals only act out of self-interest. Ostrom’s research proved that people can and do act in collective interest, coming from a place of shared abundance. Ostrom’s ideas about common resources have played out around the world, from Maine lobster fisheries, to ancient waterways in Spain, to taxicabs in Nairobi. In writing The Uncommon Knowledge of Elinor Ostrom, Nordman traveled extensively to interview community leaders and stakeholders who have spearheaded innovative resource-sharing systems, some new, some centuries old. Through expressing Ostrom’s ideas and research, he also reveals the remarkable story of her life.

Ostrom broke barriers at a time when women were regularly excluded from academia and her research challenged conventional thinking. Elinor Ostrom proved that regular people can come together to act sustainably—if we let them. This message of shared collective action is more relevant than ever for solving today’s most pressing environmental problems.