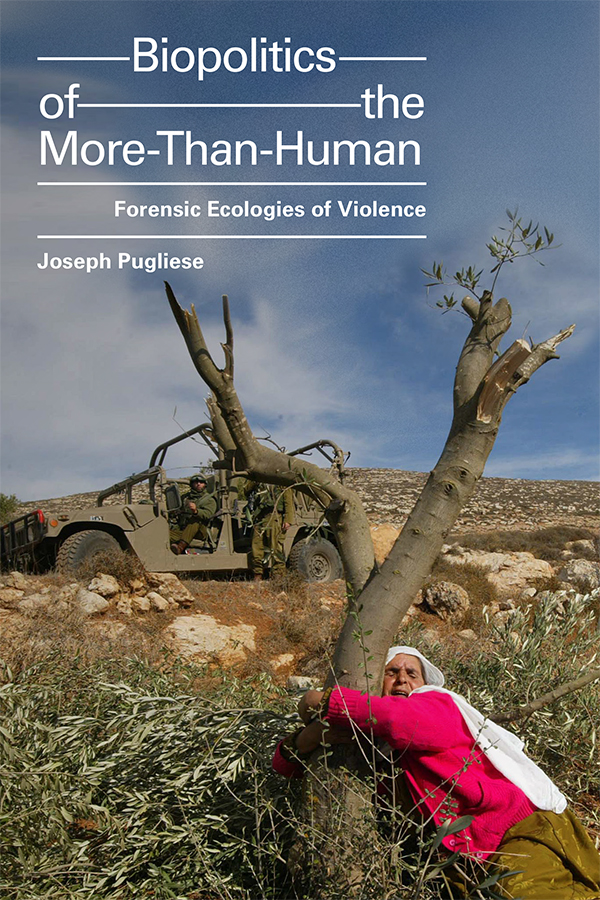 On Monday, 31 May 2021, Joseph Pugliese discussed his book Biopolitics of the More-than-Human: Forensic Ecologies of Violence (Duke UP, 2020) in the Greenhouse environmental humanities book series at 10:00 in Norway, which is 18:00 in Sydney, Australia.

In Biopolitics of the More-Than-Human Pugliese examines the concept of the biopolitical through a nonanthropocentric lens, arguing that more-than-human entities—from soil and orchards to animals and water—are actors and agents in their own right with legitimate claims to justice. Examining occupied Palestine, Guantánamo, and sites of US drone strikes in Afghanistan, Pakistan, Somalia, and Yemen, Pugliese challenges notions of human exceptionalism by arguing that more-than-human victims of war and colonialism are entangled with and subject to the same violent biopolitical regimes as humans. He also draws on Indigenous epistemologies that invest more-than-human entities with judicial standing to argue for an ethico-legal framework that will enable the realization of ecological justice. Bringing the more-than-human world into the purview of justice, Pugliese makes visible the ecological effects of human war that would otherwise remain outside the domains of biopolitics and law.