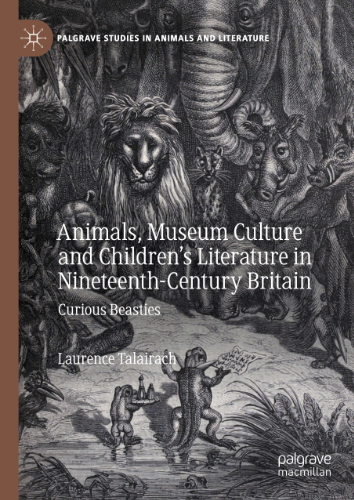 This book explores the relationship between the zoological and palaeontological specimens brought back from around the world in the long nineteenth century—be they alive, stuffed or fossilised–and the development of children’s literature at this time. Children’s literature emerged as dizzying numbers of new species flooded into Britain with scientific expeditions, from giraffes and hippopotami to kangaroos, wombats, platypuses or sloths. As the book argues, late Georgian, Victorian and Edwardian children’s writers took part in the urge for mass education and presented the world and its curious creatures to children, often borrowing from their museum culture and its objects to map out that world. This original exploration illuminates how children’s literature dealt with the new ordering of the world, offering a unique viewpoint on the construction of science in the long nineteenth century.