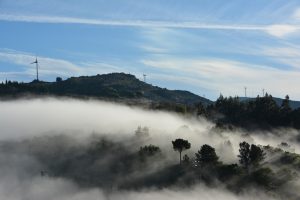 Energy technologies such as hydropower plants not only function as ways to harness resources and the power of nature – they also create cultural meaning. Where technology and the environment meet, for example in a dam built to tap into the power of a waterfall, a specific and often contested aesthetic arises. There is a tension between what is perceived as natural (often linked to the wild and primitive) and what is perceived as technological (often associated with modern and progressive). This workshop will reflect on the ways that technology becomes both contrasted with and linked to the environment and to ideas of modernity through aesthetic valuation. This valuation process becomes historically entangled with negotiation and strife as cultural values and ideas about nature change over time. For example, the windmill is a common object of Romantic paintings, whereas there are protests against modern wind farms for obstructing natural views.

Environmental and technological aesthetic values are often attributed to the sublime – the feeling of awe standing before a fathomless canyon or a monumental dam, as David Nye as eloquently discussed. However, aesthetics at the junction between environment and technology is not restricted to the sublime. Cultural values are ascribed to environments (both natural and cultural ones) and technologies both large and small can come to represent national outlooks, ideas of progress, and ideas of decline.

This workshop will focus on the contribution of the humanities disciplines—history, art history, literature, philosophy, and cultural studies—to studying attitudes toward the envirotechnical landscape, although other disciplines such as cultural geography, sociology, and Science & Technology Studies are welcome to apply as well.

The workshop will run over 2 days in Luleå, Sweden. There will be 10 participants including the organizer. Airfare and hotel accommodations will be paid for the participants. The planned output is a themed issue of an interdisciplinary journal using selected papers from the workshop.

Submit proposals consisting of an abstract (300-400 words) and a short CV (no more than 2 pages) to Dolly Jørgensen (dolly@jorgensenweb.net) no later than 15 January 2016.