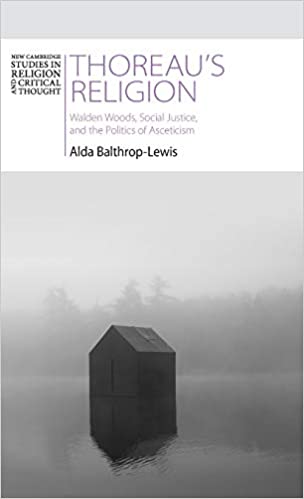 Thoreau’s Religion presents a ground-breaking interpretation of Henry David Thoreau’s most famous book, Walden. Rather than treating Walden Woods as a lonely wilderness, Balthrop-Lewis demonstrates that Thoreau’s ascetic life was a form of religious practice dedicated to cultivating a just, multispecies community. The book makes an important contribution to scholarship in religious studies, political theory, English, environmental studies, and critical theory by offering the first sustained reading of Thoreau’s religiously motivated politics. In Balthrop-Lewis’s vision, practices of renunciation like Thoreau’s can contribute to the reformation of social and political life. In this, the book transforms Thoreau’s image, making him a vital source for a world beset by inequality and climate change. Balthrop-Lewis argues for an environmental politics in which ecological flourishing is impossible without economic and social justice.