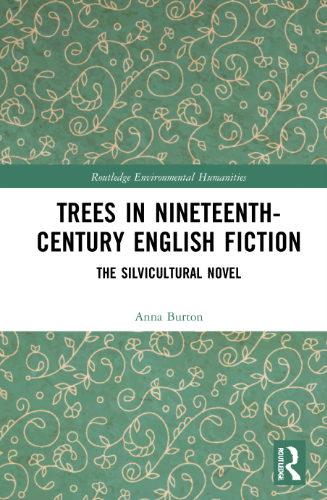 Trees in Nineteenth-Century English Fiction: The Silvicultural Novel identifies the picturesque thinker William Gilpin as a significant influence in this literary and environmental tradition. Remarks on Forest Scenery (1791) is formed by Gilpin’s own observations of trees, forests, and his New Forest home specifically; but it is also the product of tree-stories collected from ‘travellers and historians’ that came before him. This study tracks the impact of this accumulating arboreal discourse upon nineteenth-century environmental writers such as John Claudius Loudon, Jacob George Strutt, William Howitt, and Mary Roberts, and its influence on varied dialogues surrounding natural history, agriculture, landscaping, deforestation, and public health. Building upon this concept of an ongoing silvicultural discussion, the monograph examines how novelists in the realist mode engage with this discourse and use their understanding of arboreal space and its cultural worth in order to transform their own fictional environments. Through their novelistic framing of single trees, clumps, forests, ancient woodlands, and man-made plantations, Jane Austen, Elizabeth Gaskell, and Thomas Hardy feature as authors of particular interest. Collectively, in their environmental representations, these novelists engage with a broad range of silvicultural conversation in their writing of space at the beginning, middle, and end of the nineteenth century.