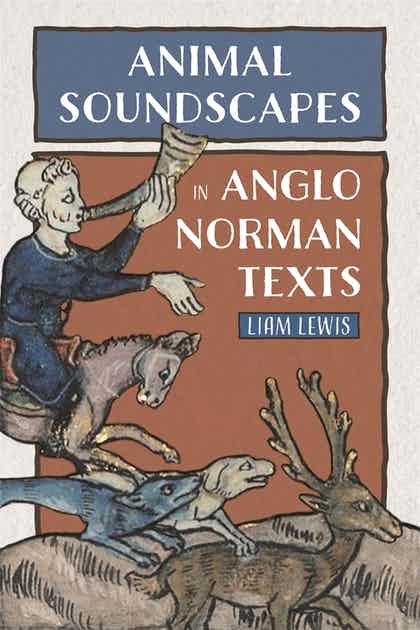 Liam Lewis, Lecturer in French at the University of Liverpool (UK), presented his book Animal Soundscapes in Anglo-Norman Texts (D. S. Brewer, 2022) in the Greenhouse environmental humanities book talk series on Monday, 4 April 2022, at 16:00 in Norway (3pm in UK).

The barks, hoots and howls of animals and birds pierce through the experience of medieval texts. In captivating episodes of communication between species, a mandrake shrieks when uprooted from the ground, a saint preaches to the animals, and a cuckoo causes turmoil at the parliament of birds with his familiar call. This book considers a range of such episodes in Old French verse texts, including bestiaries, treatises on language, the Life of Saint Francis of Assisi and the Fables by Marie de France, aiming to reconceptualize and reinterpret animal soundscapes. It argues that they draw on sound to produce competing perspectives, forms of life, and linguistic subjectivities, suggesting that humans owe more to animal sounds than we are disposed to believe. Texts inviting readers to listen and learn animal noises, to seek spiritual consolation in the jargon of birds, or to identify with the speaking wolf, create the conditions for an assertion of human exceptionalism even as they simultaneously invite readers to question such forms of control. By asking what it means for an animal to cry, make noise, or speak in French, this book provides an important resource for theorizing sound and animality in multilingual medieval contexts, and for understanding the animal’s role in the interpretation of the natural world.