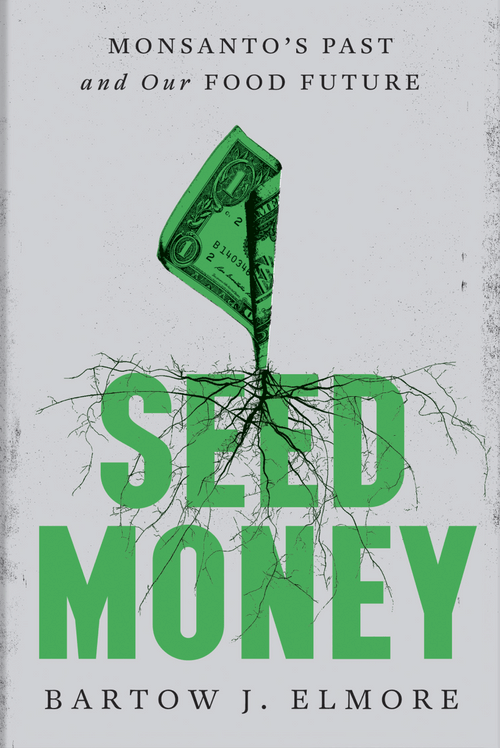 Monsanto, a St. Louis chemical firm that became the world’s largest maker of genetically engineered seeds, merged with German pharma-biotech giant Bayer in 2018—but its Roundup Ready® seeds, introduced twenty-five years ago, are still reshaping the farms that feed us. When researchers found trace amounts of the firm’s blockbuster herbicide in breakfast cereal bowls, Monsanto faced public outcry. Award-winning historian Bartow J. Elmore shows how the Roundup story is just one of the troubling threads of Monsanto’s past, many told here and woven together for the first time.

A company employee sitting on potentially explosive information who weighs risking everything to tell his story. A town whose residents are urged to avoid their basements because Monsanto’s radioactive waste laces their homes’ foundations. Factory workers who peel off layers of their skin before accepting cash bonuses to continue dirty jobs. An executive wrestling with the ethics of selling a profitable product he knew was toxic.

Incorporating global fieldwork, interviews with company employees, and untapped corporate and government records, Elmore traces Monsanto’s astounding evolution from a scrappy chemical startup to a global agribusiness powerhouse. Monsanto used seed money derived from toxic products—including PCBs and Agent Orange—to build an agricultural empire, promising endless bounty through its genetically engineered technology. Skyrocketing sales of Monsanto’s new Roundup Ready system stunned even those in the seed trade, who marveled at the influx of cash and lavish incentives into their sleepy sector. But as new data emerges about the Roundup system, and as Bayer faces a tide of lawsuits over Monsanto products past and present, Elmore’s urgent history shows how our food future is still very much tethered to the company’s chemical past.