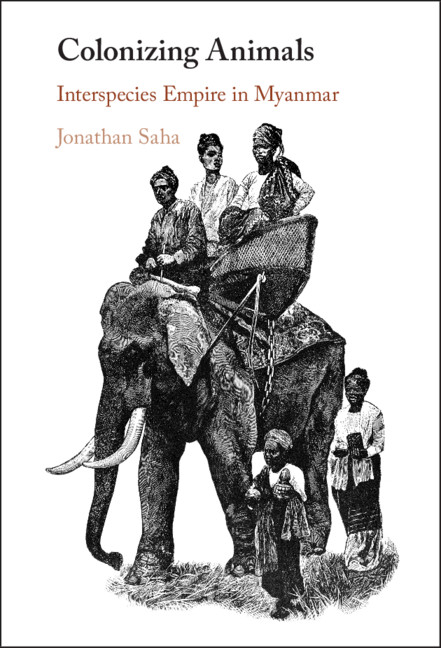 Animals were vital to the British colonization of Myanmar. In this pathbreaking history of British imperialism in Myanmar from the early nineteenth century to 1942, Jonathan Saha argues that animals were impacted and transformed by colonial subjugation. By examining the writings of Burmese nationalists and the experiences of subaltern groups, he also shows how animals were mobilized by Burmese anticolonial activists in opposition to imperial rule. In demonstrating how animals – such as elephants, crocodiles, and rats – were important actors never fully under the control of humans, Saha uncovers a history of how British colonialism transformed ecologies and fostered new relationships with animals in Myanmar. Colonizing Animals introduces the reader to an innovative historical methodology for exploring interspecies relationships in the imperial past, using innovative concepts for studying interspecies empires that draw on postcolonial theory and critical animal studies.